Depression over Southwest Bay of Bengal : Weather warning to SL 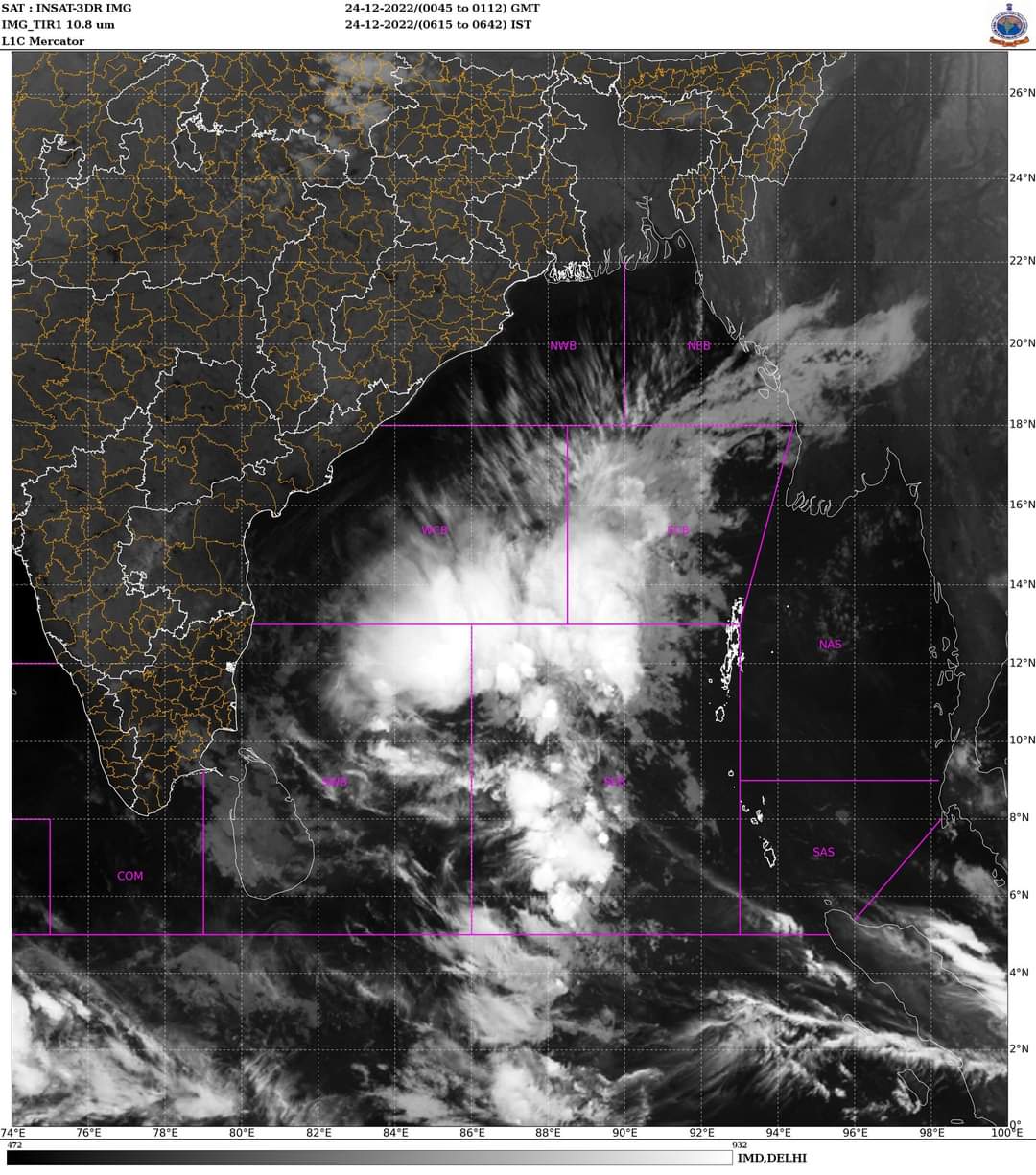 The depression over Southwest Bay of Bengal located 370km to the northeast of Trincomalee. It is very likely to cross Sri Lanka during subsequent 48 hours. Under the influence of this system, rainy and windy conditions are likely to increase over most parts of the island next few days from today (24th, 25th and 26th December).

Showers will occur at times in Northern, Eastern, North-Central and North-western provinces.

Heavy showers above 100 mm can be expected at some places.

Showers or thundershowers will occur at several places in elsewhere during the afternoon or night.

Strong gusty winds of about (40-50) kmph can be expected at times over the Northern, Eastern,North-western, Western and Sabaragamuwa provinces and in Galle and Matara districts.