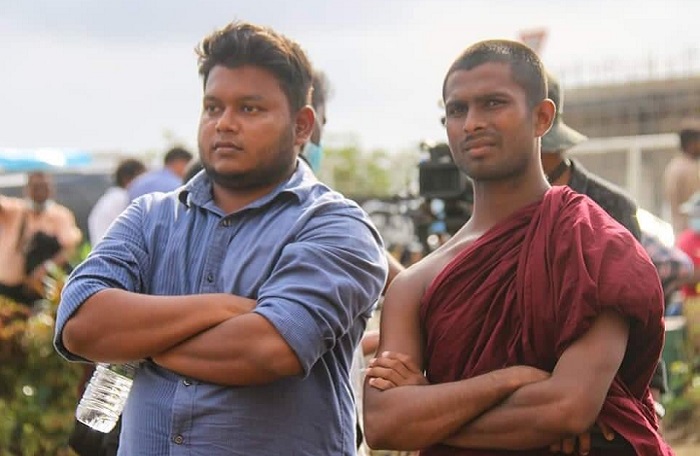 The two student leaders have been detained under the PTA for over 90 days due to their participation in anti-government protests in Colombo.

The two student leaders were produced in court today on charges of having destroyed or caused harm to public property.

Ven. Galwewa Siridamma Thero will be released under bail, while Wasantha Mudalige remains detained under the PTA until 12th December over another case.