VANDERSAY AND ASHEN TO REPLACE WELLALAGE AND DHANANJAYA IN FINAL ODI

Batter Ashen Bandara and spinner Jeffrey Vandersay could replace batter Dhananjaya de Silva and spinner Dunith Wellalage in the playing XI as Sri Lanka look to avoid a series whitewash against India in the third and final ODI scheduled to be played at Thiruvananthapuram this afternoon. 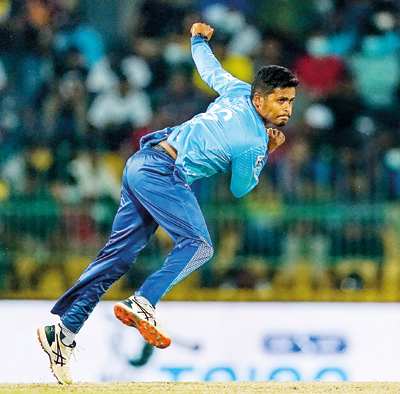 Hosts India have taken an unassailable 2-0 lead, having beaten the visitors comprehensively in the first two contrasting games. Sri Lanka made 306 on the back of Dasun Shanaka’s unbeaten 106, chasing a mammoth 374 to win in the high scoring series opener while India chased down Sri Lanka’s modest 215 with four wickets and 40 balls in hand on Tuesday to pocket the series with a game to go.

Dhananjaya, while he batted well for his 40-ball 47 in the first match, did not trouble the scoreboard in the second game, as he departed for a first ball duck against Axar Patel. Dhananjaya, a useful off-spinner, picked up two wickets in his eight overs he bowled across two games giving away only 41 runs.

This has forced team’s thinktank to bring in Bandara, arguably the best fielder in the side, to the playing XI as Sri Lanka desperately look for a win to end the series on a high. Bandara himself is a legspinner but is yet to take an international wicket having played 10 limited over games for Sri Lanka.

Wellalage’s exclusion is understood as he had failed to pick a single wicket in the ODI series. He has conceded as many as 77 runs off his ten overs in the two games. Legspinner Vandersay, a genuine turner of the ball, has played 19 ODIs for Sri Lanka and had taken 25 wickets at 29.72. 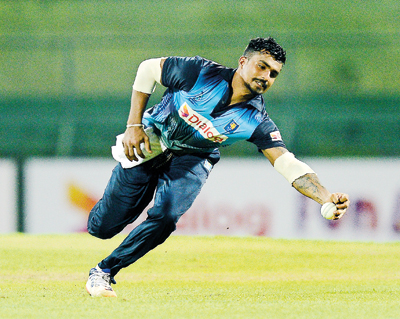 Sri Lankan bowling has been below par in the series and the team would expect their bowlers to put in a much-improved performance if they are to end the series with a win. Wanindu Hasaranga, the star spinner, was the biggest disappointment as he is wicketless so far in the series having conceded 67 and 28 runs respectively in his quota of overs in the first two games.

India, the hosts for this year’s 50 over World Cup would look to complete the formalities and assert their supremacy by completing a whitewash.

India too could make a few changes, targeting to bolster their bench strength, with Arshdeep Singh tipped to return, yet their focus would be on Kuldeep Yadav. Despite their ODI series against New Zealand, which is set to begin this Wednesday, India would still look at finishing with a whitewash against Sri Lanka.