Several teachers of state schools have defied the long-standing custom of wearing traditional attire, such as sarees to school, and have reported in casual attire today.

The school teachers, sharing their pictures on social media platforms, revealed that the decision has been taken as an alternative to address the current economic issues.The school teachers have urged other teachers to embrace the new norm from tomorrow.

The move comes after, Education Minister Susil Premjayantha recently struck down requests for a change in the dress code of school teachers, citing cultural values.His comments came after Ceylon Teachers’ Union General Secretary Joseph Stalin had proposed to allow school teachers to be clad conveniently when attending duty instead of sticking to traditional saree only.

Joseph Stalin had requested for the circular which was issued for government employees to report wearing suitable attire to be extended to state school teachers as well.He had made the proposal citing the high cost of sarees due to the current economic crisis, and transportation difficulties, with many teachers reporting to work on motorcycles or bicycles.The Ceylon Teachers’ Union General Secretary had pointed out that teachers can work more efficiently if they are clad in simple attire, rather than the saree or traditional Osari. (NewsWire) 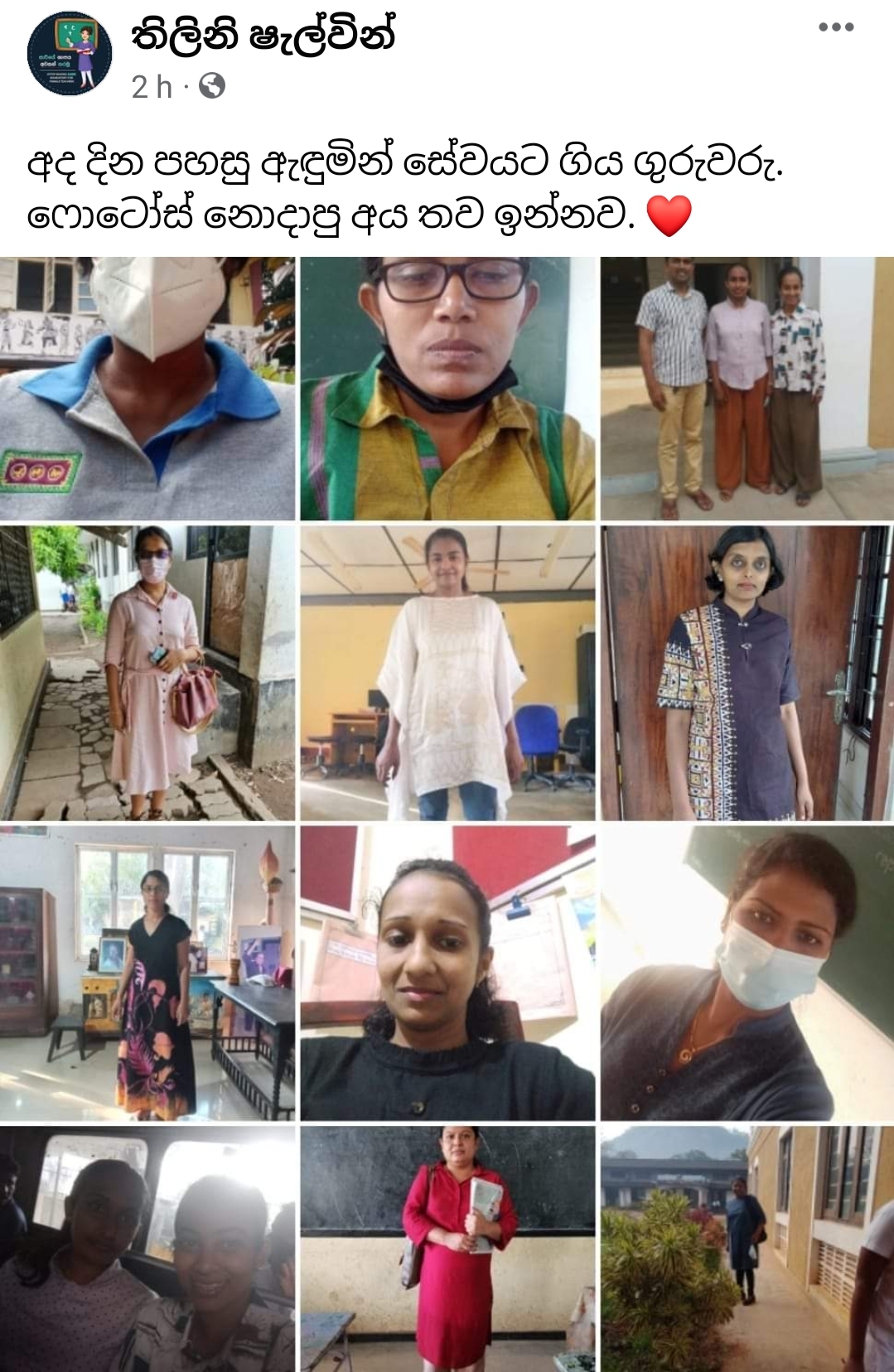