THREE TEAMS OUT OF CONTENTION FOR ICC TEST CHAMPIONSHIP RECKONING 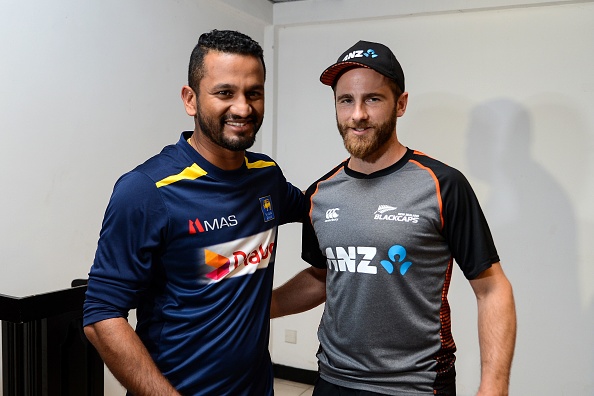 England’s dominant 3-0 series triumph over Pakistan was confirmed on Tuesday and it has left Babar Azam’s side needing a host of results to go their way to have any chance of reaching next year’s ICC World Test Championship final.

Ben Stokes’ side needed less than one hour on the fourth day to knock off the required runs for victory in Karachi and in the process put a further nail in Pakistan’s already slim hopes of reaching next year’s World Test Championship decider.

But they can still feature in next year’s final at The Oval if a host of results go their way, but they will need lots of help from a large amount of sides if they are to sneak in.

A total of six sides can still feature in the World Test Championship final and here is what needs to happen for your team to make it.

Australia are in the box seat to qualify for their first World Test Championship final, with Pat Cummins’ side currently holding a healthy lead at the top of the standings.

Fresh from a dominant performance in the first Test against South Africa, Australia have two more matches at home against the Proteas in Melbourne and Sydney ahead in which they will be confident of performing well in given their current rich vein of form.

Four Tests in India for the Border-Gavaskar Trophy in February and March next year will be Australia’s final assignment this period, but they may almost have their place in the final wrapped up prior should everything go their way on home soil.

Even with a host of key players on the sidelines through injury, India cruised to an easy victory over Bangladesh away from home and will be keen for a series sweep in the second Test in Mirpur.

India will be hoping veteran skipper Rohit Sharma will recover from his thumb injury in time to feature in this clash and a positive result against Shakib Al Hasan’s side will have the Asian side well placed for a top-two finish.

They will need to produce some good results during their series against pacesetters Australia if they are to make it back-to-back appearances in the World Test Championship final though, so there is still plenty of cricket that India must navigate through.

Virat Kohli scored another half-century in Adelaide to help hold India’s innings together against England in the ICC Men’s T20 World Cup 2022 semi-final.

Losing a Test match inside two days is never good news and South Africa suffered a further blow after their six-wicket loss to Australia when they dropped out of a top-two place and were replaced by India in second spot on the World Test Championship standings.

The good news for Dean Elgar’s side is they still have an opportunity to reclaim their place inside the top two, but they must hit back quickly during their ongoing series in Australia.

South Africa do have the luxury of two matches at home against the West Indies in February and March, but they will want to make sure they don’t leave themselves with too much to do by the time that series comes around.

One of the big winners from recent Tests has been Sri Lanka, who have had their chances of an inaugural appearance in the World Test Championship final improved without even playing a match.

Regardless of other results between now and next year’s final, Sri Lanka are still going to have to win all their remaining Test matches this period to have any hope of featuring.

Just one series remains for Sri Lanka – a two-Test trip to New Zealand in March – where they have won just twice in 19 attempts.

Maximum points in New Zealand would take them to 61.1%, meaning they’ll be hoping Australia can continue on their winning ways and they can sneak into second place with two wins over the Kiwis.

While England are one of the form teams of the current World Test Championship period, poor results early in the period means they can no longer qualify.

They put an end to Pakistan’s hopes with a victory in the third and final Test in Karachi and will surely be one of the favourites heading into the next World Test Championship period.