STORM ” MANDOUS ” THE CAUSE FOR WINDS AND RAIN 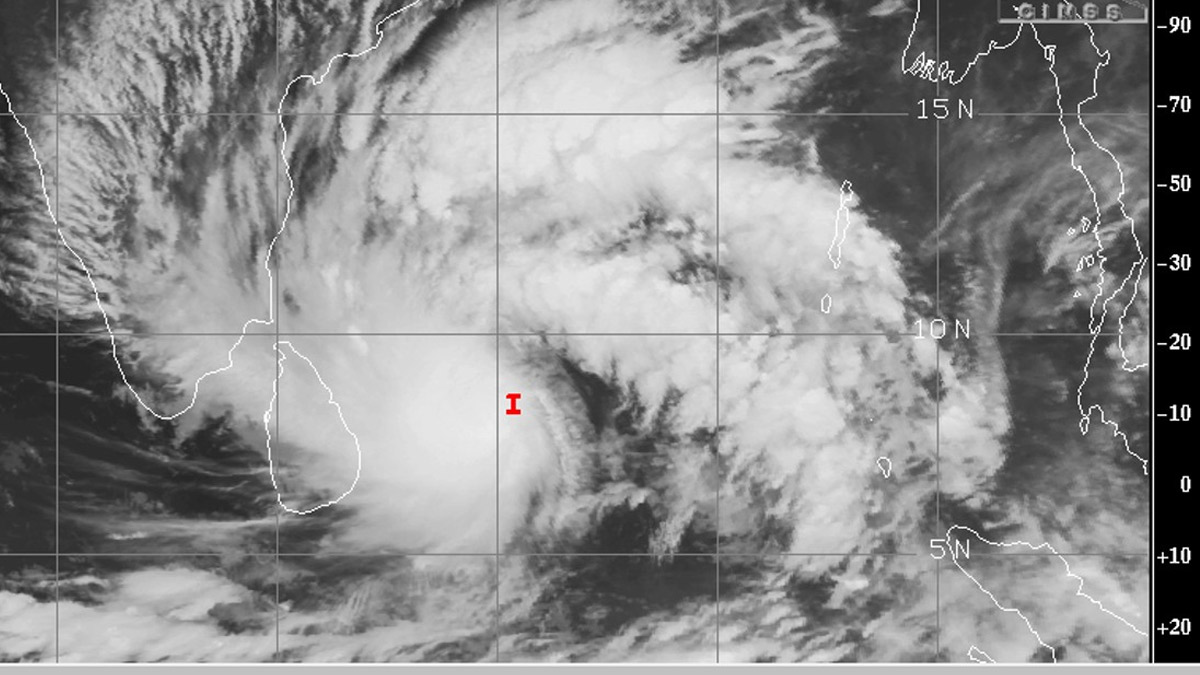 The deep depression over Southeast Bay of Bengal (370km east of Trincomalee) has concentrated into a cyclonic storm “Mandous” and located near latitude 9.2N and longitude 84.6E at 23.30 hours yesterday (07), the Meteorological Department says.
It is very likely to move west-northwestwards and cross North Tamil-Nadu, Puducherry and South Andhra Pradesh coast over Southwest Bay of Bengal around night hours of Dec. 09.

Cloudy skies will prevail over most parts of the Island while showers will occur at times in the Northern, North-central and Eastern provinces.` Heavy rainfall above 100 mm can be expected at some places in Northern province and Trincomalee district, the department adds.

Strong winds about (50-60) kmph can be expected at times over the Northern, North-Central and Eastern provinces.

A few showers may occur in Western province and in Galle and Matara districts.