SPECIAL TREATMENT TO BASIL AT BIA CONDEMNED IN PARLIAMENT 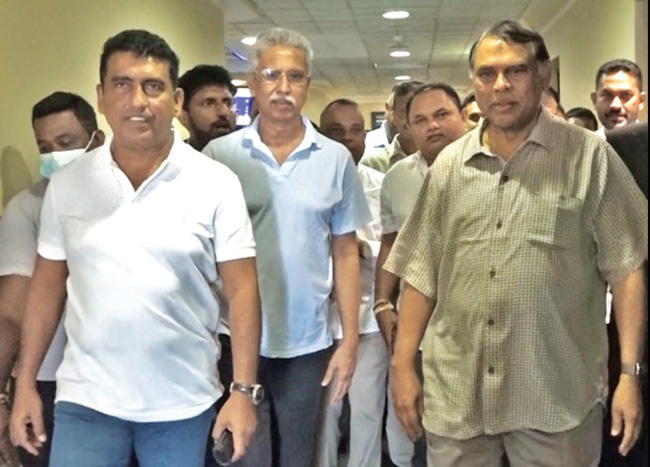 Marikkar said that several politicians and high-ranking government officials had been seen welcoming Basil Rajapaksa at the BIA on Sunday (20).

The MP said they expected an explanation from the Leader of the Parliament on the special treatment provided to an individual who no longer held any government post.

Marikkar demanded to know how Basil Rajapaksa, who is no longer an MP or minister, had been given access to the VIP lounge and a police escort.

MP Nalin Bandara said that the 21st Amendment to the Constitution proposed independent commissions, but Chairman of the National Police Commission Chandra Fernando was also among those who had welcomed Basil Rajapaksa.

Bandara asked how the government intended to establish independent commissions when the head of a commission displayed subservience to a former minister.