SLC SLAMMED BY SPORTS MINISTRY OVER COMPLAINT OF ICC 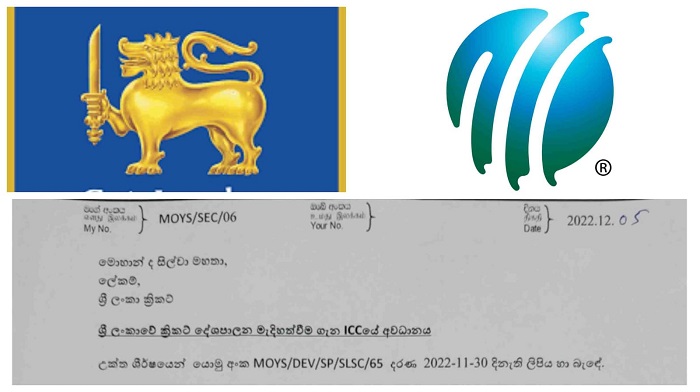 Sri Lanka’s Sports Ministry has responded to a letter of complaint to the International Cricket Council (ICC) by the Sri Lanka Cricket (SLC) Administration dated November 2022.

In a letter signed by the Secretary to the Ministry of Sports Dr. Amal Harsha de Silva, the Sports Ministry questions the motive of the SLC to file a complaint on alleged political interference when in fact the decisions addressed are those bound by the laws of Sri Lanka.

The letter calls on the SLC administration to point out incidents that prove that the Sports Ministry had acted beyond the powers vested in it as per the laws of the country.

Dr. Amal Harsha de Silva further states that in the event of incidents related to alleged political influence, the SLC should have first informed the Sports Minister or the Secretary of the Ministry of Sports and Youth Affairs.

He further pointed out that if no relief is provided by the Sports Ministry, then a complaint could have been forwarded to the President or legal action could have been initiated with regard to their grievances.

The SLC is not vested with powers to file a direct complaint to the ICC on matters related to alleged political influence when it has other alternative options of raising the matter locally, the Ministry Secretary said.

Dr. Amal Harsha de Silva further advised the SLC to first address the matter with the Sports Ministry or the Ministry Secretary, and other relevant sports authorities and engage in discussion to resolve the matter in the event of a difference of opinion.He also called on the SLC to act in a manner to uphold the reputation of the country and the Sri Lanka Cricket administration in the future. 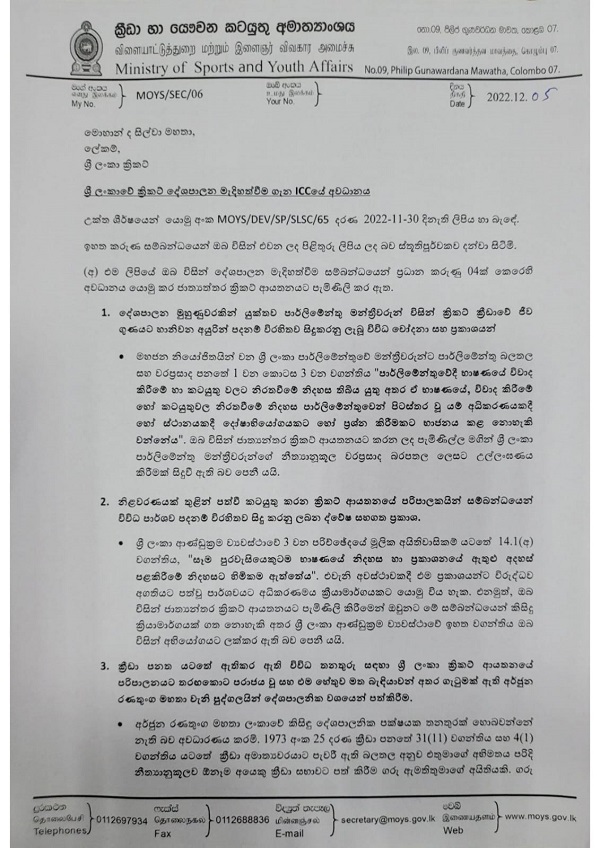