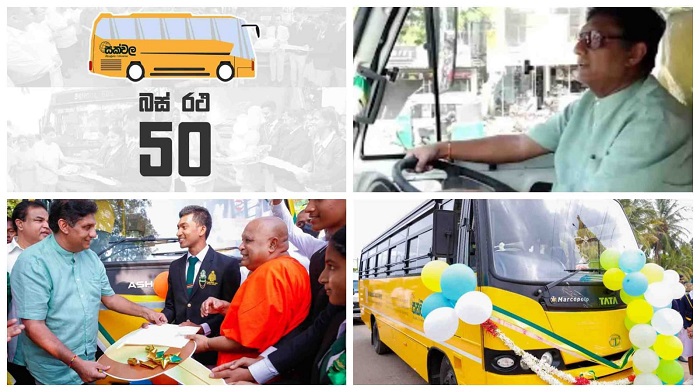 The SJB said in a statement on Facebook, that the school bus was worth Rs. 5 million.

The SJB further said that the bus was donated to the children of the Thabuththegama Central College in Anuradhapura by opposition and SJB leader MP Sajith Premadasa.Responding to remarks about being called “bus man”, MP Premadasa said he will disregard such ridicule and focus on his work.

“As Mahatma Gandhi once said, there are two kinds of people, one that genuinely works hard and the other that works to garner points. However, no matter how many people are there just to get points, I will work along with the people whose intention is to carry out work,” he said.

MP Premadasa further said that he was ready to provide his assistance at any time for the benefit of the nation.