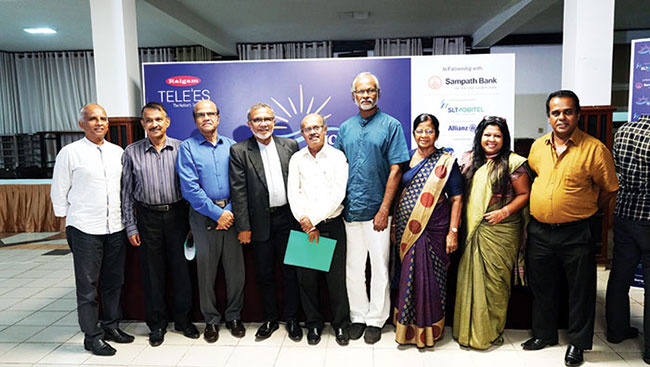 This year the event has attracted over 170 participants and the top three shortlisted nominees each will receive cash awards.Raigam Tele’es holds the record for conducting the festival for 17 years without any interruption. Raigam Tele’es grants an annual life insurance coverage of Rs. 1,000,000 and a hospitalisation insurance cover of Rs. 100,000 for all the artists honoured at the event, including nominees.Sampath Bank, Sri Lanka Telecom and Alliance Finance will be the main sponsors of this Rs. 60 million awards ceremony.

A press release issued by the Raigam Group of Companies said that a wide range of cinema and television festivals are conducted at both domestic and international levels in order to uplift the quality and creativity of relevant products through appreciation of good work done by the artists, producers and institutions, annually. Further these festivals result in setting benchmarks for the industry. Sri Lankans experienced the first ever indigenous film festival, Sarasaviya Cinema Award Ceremony on 9th May 1964 and since then a few more award ceremonies have been introduced by the government as well as non-governmental bodies, of which some are not visible regularly while few other are not in existence today. 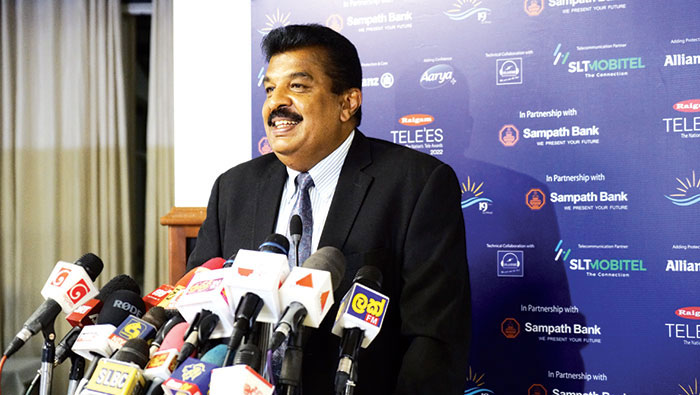 In 2005 Raigam Tele’es was launched to fill the gap that had been created in conducting a regular award ceremony for the television industry due to the unstable situation in the country. Today, Raigam Tele’es has become the most prominent television festival in Sri Lanka with the record of conducting such an event consecutively for eighteen years. The highest quality standards maintain in the judging process, innovative presentation and broad coverage through all most all the television channels and social media are the success factors of the festival. Raigam Tele’es has pioneered in introducing many features to the industry including announcement of nominations at a grand function prior to the main event. While the award winners are benefitted with cash awards, all the nominees are benefitted with a valuable insurance cover and testimonials.

Selection process commences with calling applications for awards by a public announcement and also an invitation to all television channels to participate the festival with prospective entries. All entries for awards must be certified by the respective Channel Head that they were telecast on the channel during the relevant period. Repeat telecasts and programs telecast on paid channels are not eligible for awards.

At the preceding festival, the Raigam Tele’es introduced a new category to recognize the most viewed television programmes (Tele-drama, Media programme and the News Bulletin). Usually the most popular programmes are decided on viewer preference declared on SMS poll, yet may not be the programmes most penetrated among television viewers. Therefore the new category has been introduced to recognize those based on the results of an island wide research conducted under the supervision Prof. Laxman Dissanayake. This new trend in award ceremony culture in Sri Lanka has been well accepted by the stakeholders of the industry.