PRIME MINISTER APPOINTS EXPERT COMMITTE TO DETERMINE OUR NATIONAL FLOWER.—IS IT A PRIORITY? 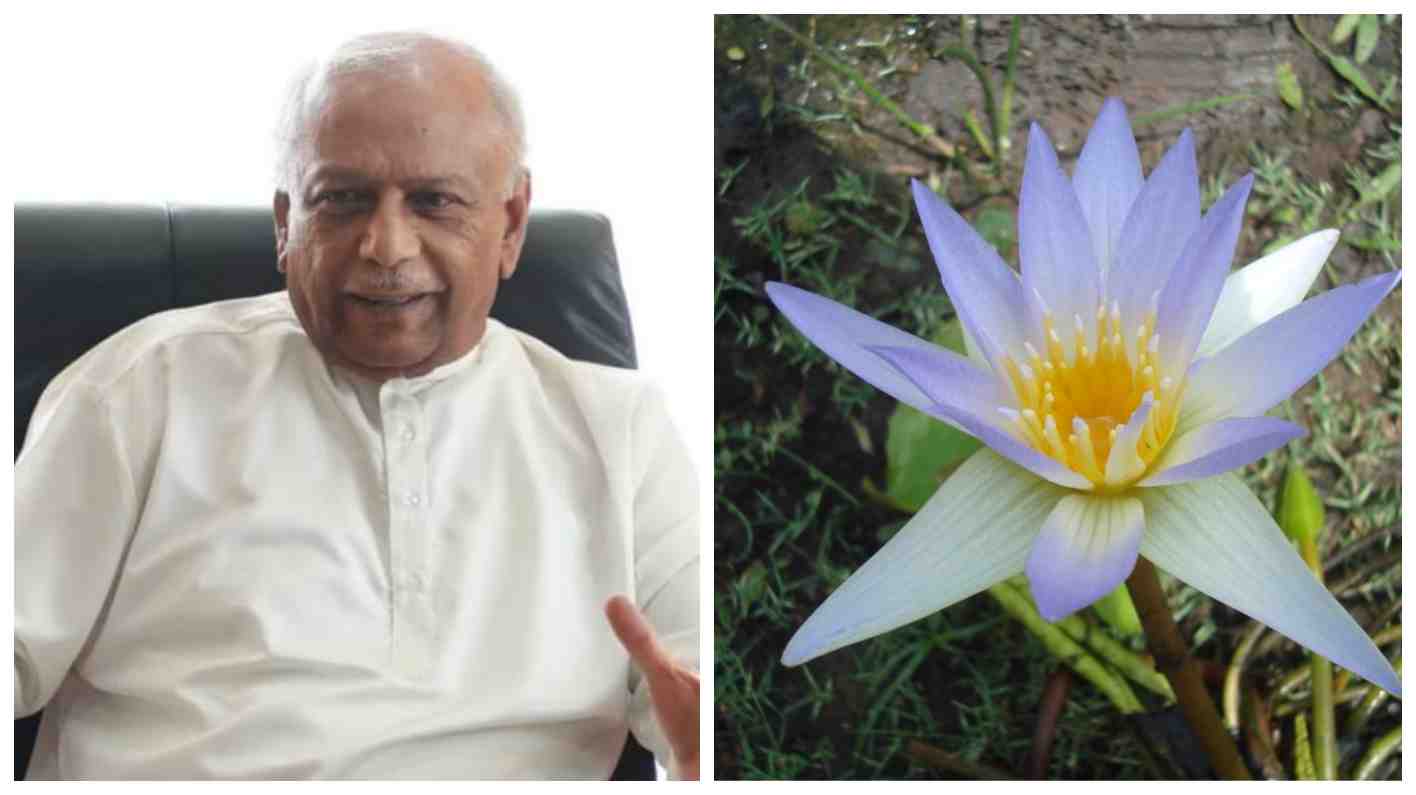 What is the correct Sinhala name of National flower of Sri Lanka, ‘Mahanel?’ or ‘Nil Mahanel? ’ – Ministerial Consultative Committee on Environment discusses the matter

This was discussed at the Ministerial Consultative Committee on Environment, chaired by the Minister of Environment Hon. Nasir Ahmed recently in Parliament.

Mrs. Deepthi Yakandawala, Senior Professor of the Department of Botany, University of Peradeniya and Mr. Kapila Yakandawala, Senior Professor of the Faculty of Agriculture and Plantation Management, University of Wayamba, delivered a lengthy presentation on the unresolved and controversial issue of what is the national flower of Sri Lanka for many years.

Accordingly, in 2010, the professor and others informed the President, the Minister of Environment, the Secretary to the Ministry of Environment, and the Director of the Biodiversity Secretariat of this mistake that made in 1986. Accordingly, in 2015, an accurate photo of the national flower has been included. But in 2015, the Ministry of Environment published a photo of the correct flower, while declaring the Sinhala name of Sri Lanka’s national flower is ‘Manel’, the English name is ‘Blue Water Lily’ and the Tamil name is ‘Nilothpalam’.

The Ministry of Environment pointed out that the reason for the change of the name ‘Nil Manel’ to ‘Manel’ was based on the opinion expressed by the veteran Sinhala language expert, Prof. Wimal G. Balagalle on the national flower. According to his opinion, it has been suggested that the Sinhala name of the national flower should be used as ‘Manel’, since the meaning of ‘Manel’ is the noblest blue flower.

Prof. Yakandawala emphasized that according to the globally accepted standards of plant classification, the scientific name may be subject to change, but the common names used in the general public, which have a very long history, should not be changed.

The professor pointed out that the Blue Water Lily has met all the criteria considered by the National Flower Selection Committee in 1986, such as endemicity, utility, historical and cultural significance, etc.

Addressing the committee the Minister emphasized that an expert committee has been appointed by the Prime Minister to consider this matter and to present recommendations.

The Members of Parliament who spoke about the matter pointed out that it is a matter of national importance that a definite decision should be taken soon.

Apart from this, the activities of the institutions affiliated to the Ministry of Environment were also discussed at length in the Consultative Committee.

Several Parliamentarians also participated in this meeting and a group of officials including Dr. Anil Jasinghe, Secretary to the Ministry of Environment were also present.

An image of a Blue Water Lilly which was included in the Cabinet Paper in 2015, sent by Prof. Yakandawala is below