PRESIDENT REVEALS HOW HE WILL CONTROL THE NEXT “ARAGALAYA”

President reveals how he will control the next ‘Aragalaya’ 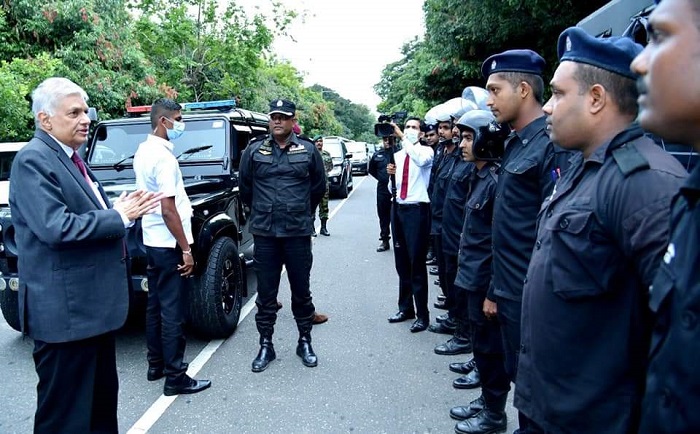 President Ranil Wickremesinghe says he will not allow another ‘Aragalaya’ (public struggle) to be held with the intention of changing the government.

Speaking in Parliament today, he warned that the military and armed forces will be deployed and a state of emergency will also be declared in the event of such actions.

The President said that people and political parties are allowed to stage rallies and protest marches as they wish, but it is mandatory to obtain a Police permit to do so.

He said any protest or rallies held without a permit, that inconvenience vehicles and the public travelling on the road, will be stopped and the Police have been issued a directive in this regard.

President Ranil Wickremesinghe also condemned the media for inciting violence and promoting such protests, adding that he will consider appointing a Commission pertaining to media after holding the necessary discussions on the matter.

The President said it is essential to protect the current progress of the incumbent government, stating that several matters have been addressed such as the passing of the 21st Amendment, and the establishment of several necessary Parliament Committees, while a budget office is also to be established. (