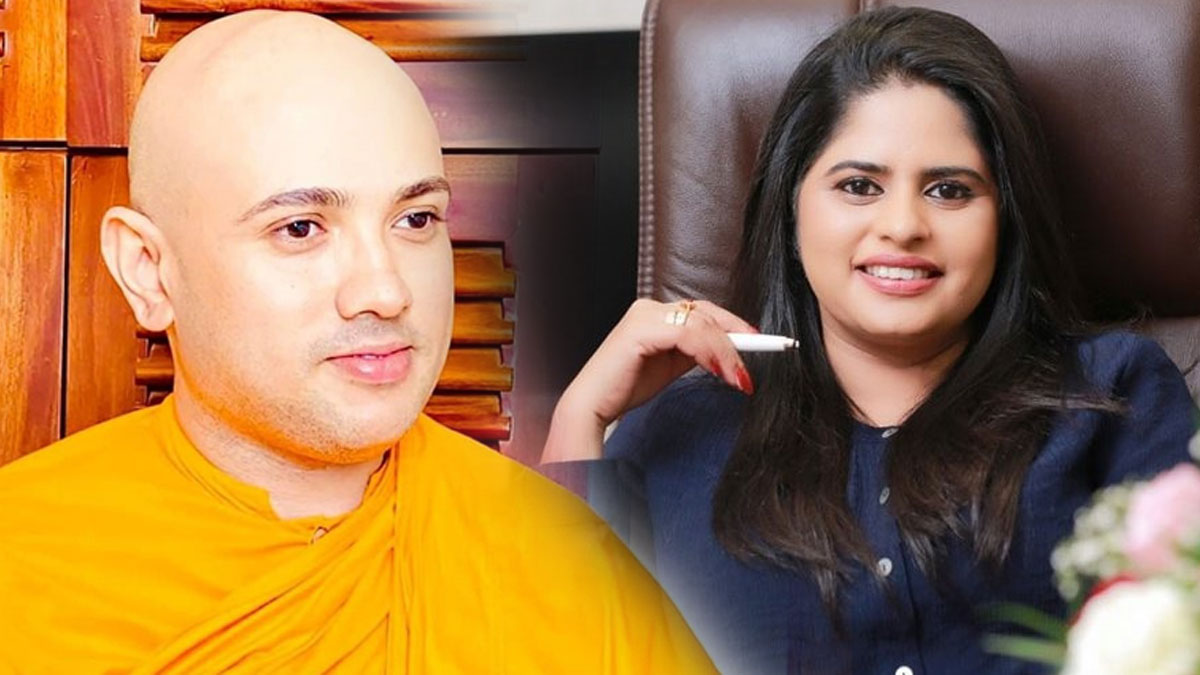 Ven. Borelle Sirisumana Thera, a resident monk of a temple in Kadawatha, has been arrested by the Criminal Investigation Department (CID) yesterday (01) afternoon in connection with the investigation into the large-scale financial fraud committed by Thilini Priyamali.

The CID revealed that the arrested Thera had maintained a close relationship with Priyamali, the owner of the Thico Group, who is currently in remand as well as with businessmen who gave their money to Priyamali.

It has been revealed that the suspect has used many different technical methods, including a mobile phone App which deletes call records within 24 hours.When the billionaires who deposited billions of rupees in the Thico Group demanded their money back, the monk had assured them that they would get their money soon.

It has been revealed in the investigation that the Thera had deceived a large number of people by saying that there is a large gold bar weighing 2500 kg in his Kadawatha Temple.A senior officer of the CID said that they have received the photos of the gold bar and an investigation is being conducted.

Police Media Spokesperson SSP Nihal Thalduwa said, “The CID officers arrested Sirisumana Thera based on the facts revealed during the investigations regarding the financial fraud allegedly committed by Priyamali.”

The suspect, who claims he has achieved the ‘Arhat’ status, is scheduled to be produced in the Colombo Fort Magistrate’s Court today (02).

Priyamali, her partner Isuru Bandara and Wijesuriya Arachchige Kasun who was a director of Thico Construction Company will also be produced in the Colombo Fort Magistrate’s Court by the Prison officials today (02).