Sam Curran is the most expensive recruit ever in IPL history

Sam Curran is the highest paid player in IPL auction.

Mumbai Indians were in the race till the end but the England all-rounder goes to Punjab Kings.

Allrounder Cameron Green is now the most expensive Australian player ever bought at action after a dizzying bidding war at the Indian Premier League auction.

Green was eventually bought for Indian rupees 17.25 by Mumbai Indians.

RCB soon dropped out as Delhi and Mumbai traded bids as Green’s price went above Pat Cummins’ record to become the most expensive Australian ever bought at the auction. 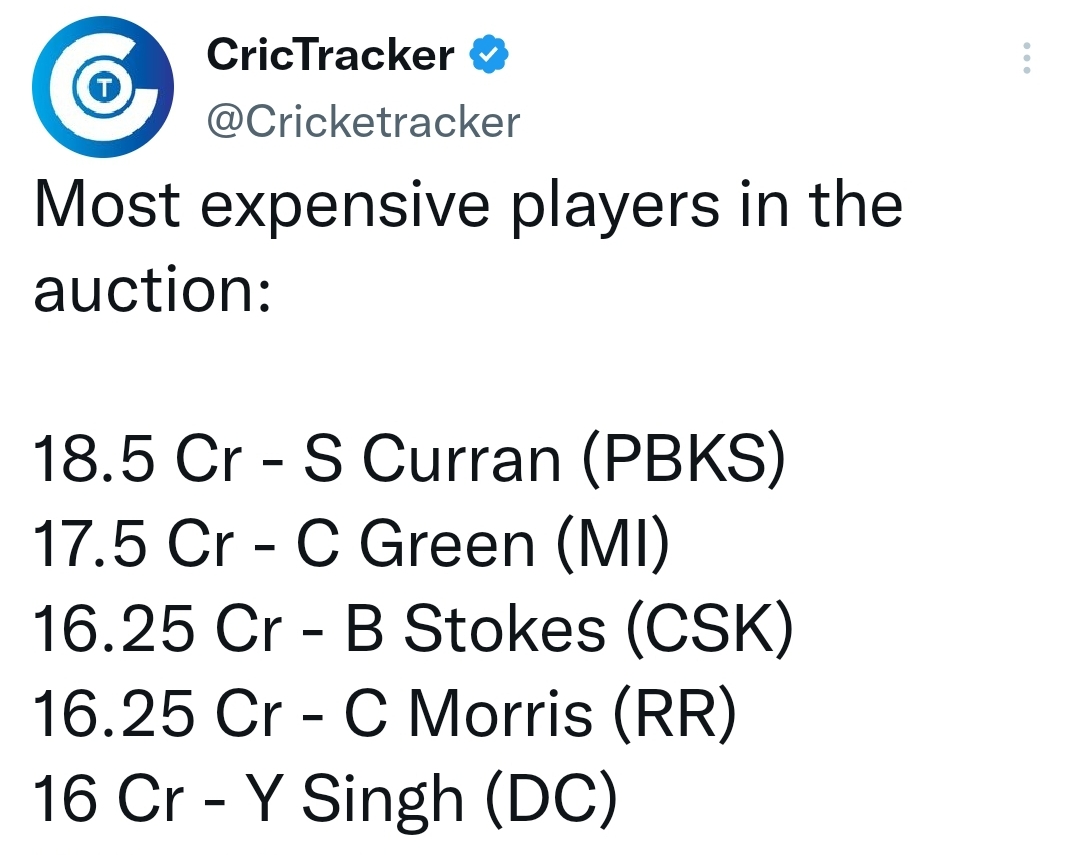