Heritage Square’: Three major state institutions to be moved out of Fort 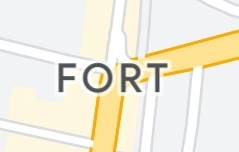 Arrangements are being made to shift the President’s House to Sri Jayawardenepura Kotte in accordance with an earlier plan, President Ranil Wickremesinghe said during a meeting with Heads of media institutions last week.

Responding to a question raised by The Sunday Morning, the President said that the Government is to move forward with the setting up of the proposed ‘Heritage Square’ in the Fort area in Colombo.

He further stated that under the plan, several key State offices in the area that include the President’s House, Foreign Ministry, and the Police Headquarters (HQ) will be relocated.

The President revealed that an alternative venue had been identified for the relocation of the Foreign Ministry.

He said that the Police HQ in Fort would be relocated to the current Sri Lanka Air Force (SLAF) HQ building in Colombo 2 once the three armed forces had been set up at the military complex in Akuregoda.

The President was also hopeful that the ‘Heritage Square’ would serve as a tourist attraction while also attracting foreign investments. (NewsWire)