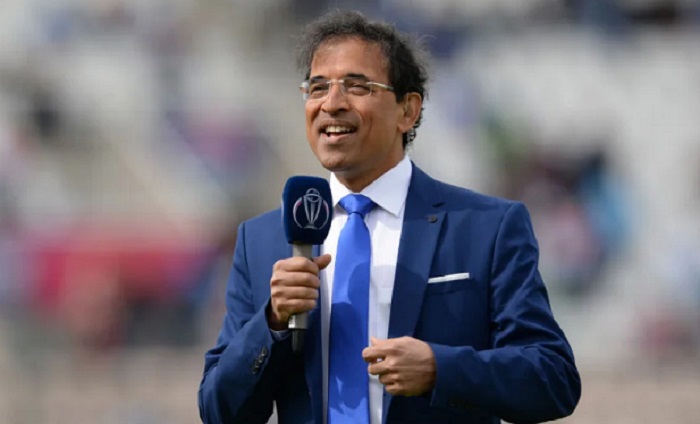 It isn’t uncommon for India vs Bangladesh cricket matches to spiral up controversies. After the two sides square off in the T20 World Cup 2022 Group 2 match on Wednesday, Bangladesh wicket-keeper batter Nurul Hasan accused India’s Virat Kohli of ‘fake fielding’. The accusation triggered a huge debate on social media, with fans of both teams arguing their case.

Even veteran cricket pundit, Harsha Bhogle, has given his opinion on the topic, suggesting the Bangladesh fans to not ‘search for excuses’ following their defeat.

Hasan, speaking to the media at the mixed zone after the conclusion of the match against India, cited the ‘fake fielding’ episode as one of the reasons behind his team’s defeat. A number of fans have since taken to social media, highlighting the incident while suggesting that Bangladesh should’ve been awarded 5 runs because of Kohli’s actions.

Bhogle, having witnessed the controversy intensifying, explained that for India to be handed a 5-run penalty, the umpires have to notice it, evaluate and then decide whether the bowling side has to be reprimanded.

“On the fake fielding incident, the truth is that nobody saw it. The umpires didn’t, the batters didn’t and we didn’t either. Law 41.5 does make provision for penalising fake fielding (the umpire still has to interpret it thus) but no one saw it. So what do you do!

“I don’t think anyone can complain about the ground being wet. Shakib was right when he said it should favour the batting side. The umpires and curators have to keep the game going till it is not possible to do so. And they handled it very well so that minimum time was lost.

“So, for my friends in Bangladesh, please don’t look at fake fielding or wet conditions as a reason for not reaching the target. If one of the batters had stayed till the end, Bangladesh could have won it. We are all guilty of it….when we search for excuses, we don’t grow,” Harsha said in a series of tweets.

Bangladesh started off really well while chasing the target of 185 runs but lost steam after rain interrupted play and the target was revised to 151 in 16 overs. Litton Das gave a strong start to his team, scoring 60 off 27. Nurul Hasan took the match to the last over, scoring 25 off 14 but his efforts weren’t enough to take the team over the line.