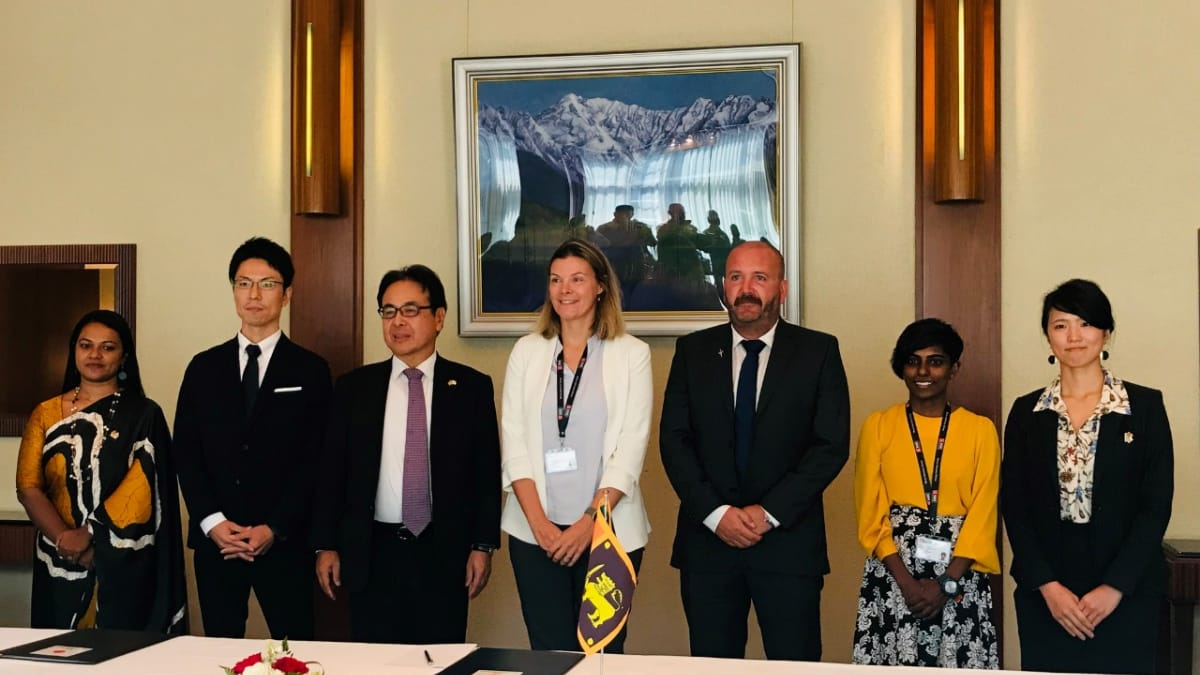 The Government of Japan has provided a total sum of US$ 648,148 (approx. Rs. 232 million) to the Mines Advisory Group (MAG) for humanitarian demining activities in the North and East Sri Lanka.

The grant contract was signed on the 30th of November 2022 between His Excellency Mr. MIZUKOSHI Hideaki, Ambassador of Japan, and Ms. Cristy McLennan, Country Director of MAG.
Through Japanese assistance, this is the 14th demining project implemented by MAG. The previous 13 projects have released over 2,965,949 square metres of land and removed more than 15,831 landmines and other explosive ordnance. This new project is expected to clear an additional 259,464 square metres of land in Mannar, Mullaitivu, Vavuniya and Trincomalee Districts, making mine contaminated areas safe lands for internally displaced people and directly or indirectly enhancing the livelihoods of 7,424 people.

This year, MAG marked its 20th anniversary of launching the demining activities in Sri Lanka. Since the beginning of Sri Lanka Mine Action programme in 2002, Japan has been a major donor in the area of mine clearance. More than US$ 43.3 million in assistance was rendered towards this cause through its Grant Assistance for Grassroots Human Security Project (GGP).  Japan is committed to continue to support this programme for achieving a ‘Mine Free Sri Lanka’

Commenting on the provision of this grant, Ms. Cristy McLennan stated;
“MAG is honored to accept this grant from the Government of Japan, an esteemed donor for Humanitarian Mine Action projects both within Sri Lanka and around the world. In the last eight years alone, the partnership between MAG Sri Lanka and the Government of Japan has enabled the removal and destruction of nearly 16,000 landmines.