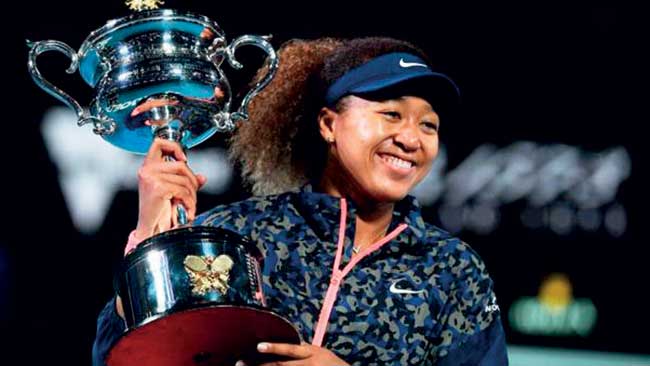 Four-time Grand Slam champion Naomi Osaka has announced she is pregnant.The Japanese former world number one, 25, withdrew from the Australian Open earlier this week, having not played since September.

“One thing I am looking forward to is for my kid to watch one of my matches and tell someone, ‘that’s my mom’.”

Osaka won the last of her four Grand Slams at the Australian Open in 2021.

However, she has spoken of the problems she has faced since that memorable title win. In May 2021, after pulling out of the French Open, she revealed she had “suffered long bouts of depression” ever since winning her first major title, the US Open, in 2018. In September 2021 she took a five-month break from the sport.

She lost in the third round of the Australian Open on her return, then the first round of the French Open, missed Wimbledon because of injury and lost in the opening round of the US Open.Osaka played last at the Pan Pacific Open in Tokyo in September and has dropped to 47 in the world rankings.

“The past few years have been interesting to say the least, but I find that it is the most challenging times in life that may be the most fun,” added Osaka, announcing her pregnancy on social media.

“These few months away from the sport have really given me a new love and appreciation for the game I’ve dedicated my life to.

“I realise that life is so short and I don’t take any moments for granted, every day is a new blessing and adventure.

“I know I have so much to look forward to in the future.”

Osaka is the latest high-profile player to take a break from tennis due to pregnancy.Germany’s three-time Grand Slam champion Angelique Kerber revealed her pregnancy in August, suggesting she will return after giving birth, while former world number three Elina Svitolina is expected to make her comeback this year after giving birth last October.

Serena Williams took a break to give birth in 2017 and returned later the same year, continuing to play before retiring in 2022. Chelsea’s Sam Kerr and Jessie Fleming are nominated for the women’s award, as is last year’s winner Alexia Putellas.Sarina Wiegman, Emma Hayes and Pep Guardiola are up for best coach.Arsenal forward Mead’s nomination comes in a year in which she was named player of the tournament at Euro 2022, shortlisted for the Ballon d’Or and won BBC Sport’s Personality of the Year.Lionesses manager Wiegman, who led the team to their first major tournament trophy at Euro 2022, is joined on the women’s coach list by Canada’s English-born manager Beverly Priestman, as well as Chelsea’s Hayes.

Morocco’s Walid Regragui also features on the shortlist after his side became the first African nation to reach a World Cup semi-final.Manchester City’s Erling Haaland, Kevin de Bruyne and Julian Alvarez are all nominated for best men’s player, as is Liverpool’s Mohamed Salah.

Liverpool’s Alisson Becker, Manchester City’s Ederson and Aston Villa and Argentina’s Emiliano Martinez are up for the best men’s goalkeeper award.England and Manchester United number one Mary Earps is on the women’s shortlist, alongside Chelsea’s Ann-Katrin Berger.

Alessia Russo’s backheeled finish in England’s Euro 2022 semi-final win over Sweden is among the contenders for the Fifa Puskas Award for the year’s best goal.She will face competition from Kylian Mbappe’s stunning volley for France, which took the World Cup final to extra time.Voting closes on 3 February, with the three finalists in each category to be announced later that month. (BBC) Throughout the history of Christianity, we have seen false prophets emerging at various times. St. Matthew in his gospel  quotes Jesus of warning his disciples that there will be false prophets who preach in his name. One such false prophet was exposed in a report submitted to Minister of Sports by a panel that investigated Sri Lanka’s T20 World Cup campaign where the team failed miserably and there was more attention paid for off the field activities than on field performance. There was so much distraction in Australia that in the end Danushka Gunathilaka was arrested in Sydney and charged with sexual assault.

The panel recommends strong punishment for Danushka so that others will learn a lesson and there won’t be any such incidents in the future. Country’s cricket hierarchy had several occasions to put Danushka on track but they let him off the hook every time.  At least on four occasions he was given a mere slap on the wrist when he had misbehaved. They were selective about punishment. Someone like Kamil Mishara was not so lucky. He was straight away recalled from a tour and was taught a lesson.

The panel wants to go soft on Chamika Karunaratne on the count of double jeopardy as he has been already fined. Careful reading of the report gives you the impression that Chamika has hoodwinked the committee.

There’s a joke in cricket circles.  Two seasons ago Chamika was bought at the IPL auction by Knight Riders. Team owner Shah Rukh Khan was asked what aspect of Chamika had impressed him. The Bollywood star had replied, ‘Chamika’s acting.’

While reiterating on the need to maintain high levels of fitness, the committee has failed to note that after the Asia Cup win, fitness tests were made null and void and that was one reason for the team’s horrendous show in Australia. After the Asia Cup everyone was on a high and the players had been given too much freedom.

The report also reveals that four other players were fined during the World Cup in Australia for breaking curfew. It’s also said that there may be a smoking culture within the team as there had been cigarette butts on the floors of the hotel the team was staying in Australia. That’s not something to be alarmed of as from Kagiso Rabada to K.L. Rahul all love a smoke or two. What needs to be found out is whether anyone is into drugs.

The report finds fault with SLC bosses for providing false information before the commission and some key office bearers are in trouble. It is noted that a dozen and half officials travelled to Australia on business class and were given allowances of USD 7000 each for a ten day stay. The allowances alone cost the board more than 100,000 USD while the airfare cost more than 25 million rupees.

One particular Executive Committee official wasn’t happy with a business class ticket and flew first class. Misuse of funds and privileges by Ex-Co members has been criticized in the report while some holding responsible positions are in trouble for holding back information and even telling lies.

The panel also recommended that visits to casinos during tours to be banned and didn’t buy into the story that casinos were the only place players could go and eat after games as most of the restaurants were closed. It was further recommended to allow wives on tour. But the panel had failed to find out why wives were stopped from touring in the first place.

A very good recommendation is player education on dos and don’ts while on tour as you are an ambassador representing your country.

That and all have been done on multiple occasions and while majority of the players are well mannered and well behaved, it is one or two bad eggs that bring constant trouble. It is those serial offenders that you need to kick out but sadly in cricket circles they have got too many godfathers. Otherwise when a Supreme Court judge recommended a two year suspension for someone for lack of remorse after a serious offence, why would you overrule it and reduce it to one year and then further cut it down to six months.

As for the false prophet, he was interviewed by the panel and he had spilled the names of his acquaintances who include powerful cricket officials, selectors, coaches, managers and players. The danger is that younger players are encouraged to follow the false prophet and unless they do so might  face marginalization.

The report is somewhat flawed. For example it says that Danushka Gunathilaka’s incident happened after the Brisbane game when curfew had been relaxed. But the incident happened in Sydney and the committee had not done their homework. Their recommendations to take legal action against misbehaving and dishonest cricket officials could see major changes taking place at Maitland Place. An interesting week is ahead of us.

From City of Joy to God’s own City 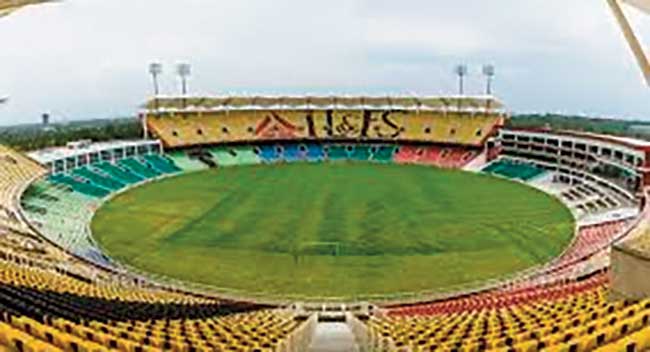 The results have not gone their way true in the ODI leg of the tour of India and the series has been already lost while Sunday’s final game in Trivandrum is a dead rubber. But how well Sri Lanka’s bowlers fought back after a poor effort by the batters on Thursday.

Another 50 more runs would have done the deal. The efforts of young Dunith Wellalage need to be appreciated for his fighting knock which enabled Sri Lanka to give their bowlers something to bowl at. Then Lahiru Kumara was on the money generating good pace and troubling all batters. He should have played the first game too. Kumara will go for runs but he will also get you the much needed breakthroughs as batters won’t get away trying to thrash every ball during the Power Play.

At the moment Sri Lanka are following the blueprint of England of the 1990s who depended on too many all-rounders or in Sanjay Manjrekar’s words, ‘bits and pieces cricketers’. That’s not going to get you anywhere. If Dilshan Madushanka is declared fit for the final game both he and Kumara should play and we will be able to see what India will do against extra pace.

Calcutta was short but sweet. Beef is something hard to find in India these days but Calcutta which is a multireligious city offers beef and pork in plenty. Beef after two weeks is like manna from heaven.

From City of Joy, which is how Calcutta is known, we are now heading to Trivandrum, popularly known as God’s own city.It’s only a short flight from Colombo. Someone suggested that you spend more time at the security at the airport and check-in rather than the actual flying time from Katunayake to Trivandrum. 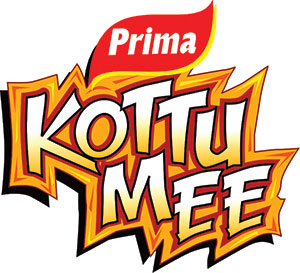 The team travelled to Trivandrum in a chartered flight and it takes little over three hours. Direct flights from Calcutta to Trivandrum are expensive so reporters opt to travel via Bombay which is much cheaper but flying time of six hours and another three hours at airport security and changing terminals makes you exhausted. But God’s own city is a good experience and worth the trouble.