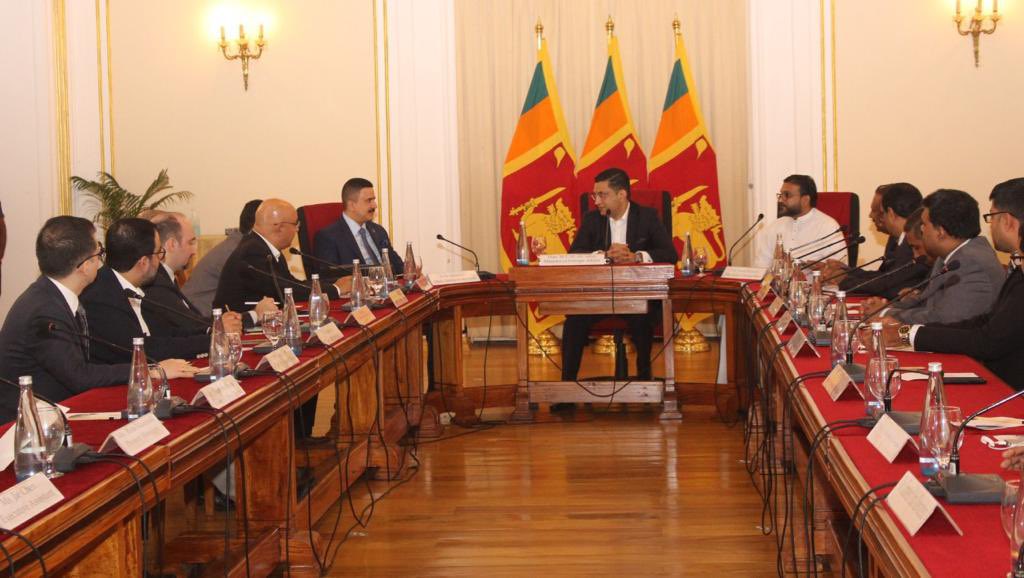 A delegation from a leading Saudi clothing company, Ajlan & Bros Group has arrived in Sri Lanka.

“It was encouraging to hear the Group’s plans going forward for investing in Sri Lanka,” Minister Ali Sabry said in a Twitter message today.

Ajlan & Bros Group is one of the leading companies specializing in traditional and off-the-shelf clothing products in Saudi Arabia and the Gulf Cooperation Council (GCC) region.

Founded in 1979 and based in Riyadh, Ajlan & Bros is the home of 12000 employees in more than 10 different countries. (NewsWire)

The Deputy Board Chairman of Ajlan Group and the President of the Saudi Chinese Business Council in Saudi Arabia, Sheikh Mohamed Al-Ajlan, who is on a fact finding mission on investments in Sri Lanka, met with the Minister of Foreign Affairs M.U.M. Ali Sabry at the Ministry of Foreign Affairs on 13 November, 2022.

Minister Sabry briefed him on Sri Lanka’s economic resilience and potential investment opportunities at the Port City and in the areas of hospitality and renewable energy sector.

Sheikh Mohamed expressed interest in investing in Sri Lanka in promising sectors and sought the support of the Government of Sri Lanka. Ajlan Group is amongst the top real estate companies in Saudi Arabia, specializing in residential, industrial, commercial, and warehousing space. The company has made considerable investments in more than 25 countries.