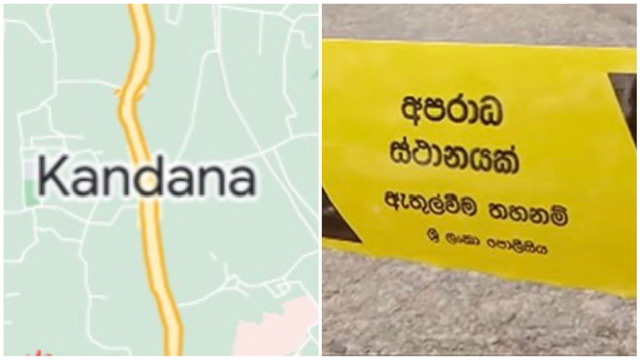 A murder has been reported from the Dolahena area in Kandana police division where a 28-year-old has been killed after being attacked by his father-in-law.

Police say that the murder has taken place on Friday (2) night, when a dispute escalated between the victim and the suspect.

Preliminary investigations have revealed that the father-in-law of the victim has attacked him with a stick after he had allegedly troubled his daughter asking for money.The 57-year-old suspect has been arrested and is to be produced to Welisara Magistrate on the 4th December. Kandana Police are conducting further investigations