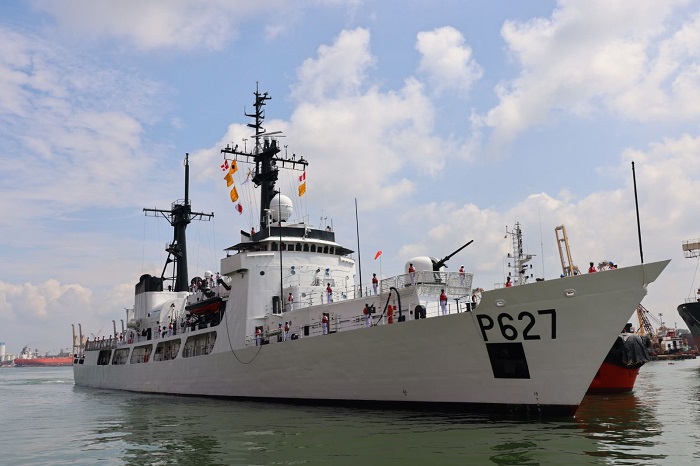 US Ambassador Julie Chung said the US Coast Guard ship was welcomed by the Sri Lanka Navy upon its arrival.

“After a long journey from Seattle to Colombo, we celebrated the vessel’s arrival at the Colombo Port,” she said.

The former U.S. Coast Guard Cutter Douglas Munro was decommissioned recently from its fleet and given to Sri Lanka under a military aid pact.

This would be the third ship gifted to the Sri Lanka Navy by the US. A Sri Lankan Navy crew consisting of more than one hundred Navy sailors under a Commanding Officer was stationed in Hawaii and engaged in training alongside their US counterparts while the former US Coast Guard Cutter vessel was undergoing refit.