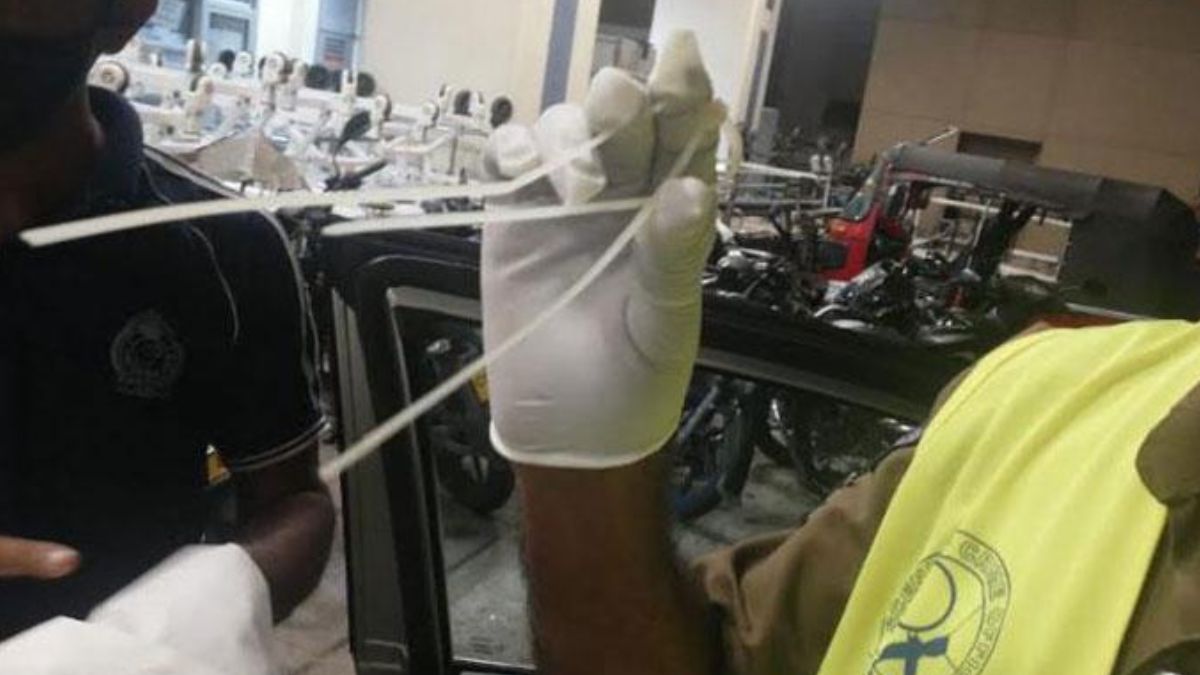 Director of the Janashakthi Group – Dinesh Schaffter, who was found tied inside his vehicle at the Borella Cemetery earlier today (15), has passed away.

He had passed away while being treated at the ICU of the Colombo National Hospital.

According to an earlier report on the ‘Ada’ newspaper, Mr. Schaffter had left his house telling his wife that he was to meet someone over a loan amounting to several millions of rupees.

Police say that his wife had called him shortly to find her husband’s phone was switched off and his wife’s mobile phone had received signals indicating that he was at the Borella cemetery.

Acting immediately, the wife had contacted an executive officer of the company and sent him to the Borella cemetery. Upon arriving at the cemetery, the executive had  Mr. Schaffter on the car seat with his hands tied and a cord around his neck.The executive officer had acted immediately with the help of a worker at the cemetery, removed the hands and the cord around the chairman’s neck and took steps to admit him to the Colombo National Hospital.

The police say that a cemetery worker had seen an unknown person leaving near the chairman’s car.

According to a senior police officer, a well-known cricket commentator has taken a loan amounting to several crores of rupees from Mr. Schaffter, who has made 03 complaints to the CID in this regard.Further investigations are being conducted on the instructions of Borella Police Station Chief Inspector A.J.M.R. Samarasinghe.