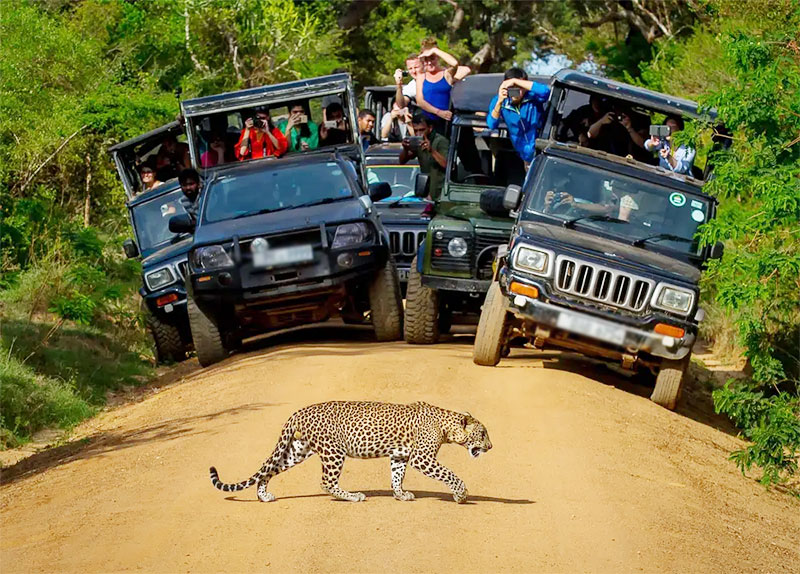 The Department of Wildlife and Conservation has earned a record revenue from tourists who came aboard two luxury cruise ships that arrived in Colombo on November 03 and December 05.

A Department official said that most of the 551 foreign tourists in the ship which reached here November 30 had visited the Yala National Park in 110 vehicles; the Wildlife Department earned Rs. 6,219,560 on that day.

The officials also said that 86 tourists on board the ship that arrived on December 05 had visited the Yala National Park in 18 vehicles, enabling the Department to earn Rs. 981,981 in revenue.

Only 148 domestic tourists had come during those two days, the Department said.

The Agriculture and Wildlife Minister has instructed the Wildlife Department to open more ticket counters when foreign tourists visit those places so that the visitors will have more time to spend at the Yala National Park.