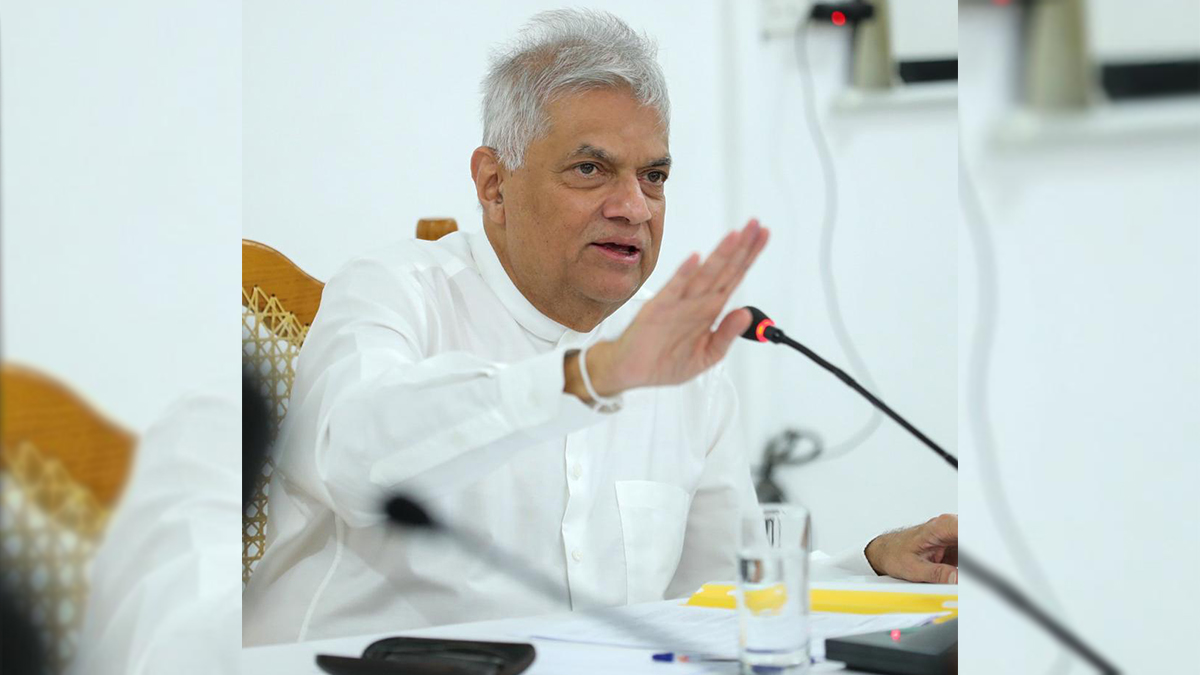 President Ranil Wickremesinghe said that eight (08) committees would be appointed at the provincial level to resolve land-related issues in the North and South of the country would be resolved accordingly.

President Wickremesinghe made these observations while participating in the District Development Committee meeting held at the Vavuniya District Secretariat this morning (19).

The development committee meeting was called covering Vavuniya, Mannar, and Mullaitivu districts in the Northern Province. The issues related to the lands, housing, health, irrigation, and agriculture in the province and solutions for them were discussed at length during the meeting.President Ranil Wickremesinghe assured that all measures would be taken to improve the living conditions of the people by providing prompt solutions to the problems arising in various fields in the Northern Province and said that he expected the supportive hands of the parliamentarians of the Northern Province in this endeavor.

Pointing out that there are many unsolved problems in the North, the President further assured that he would resolve those issues by way of discussions with all parties.

Parliamentarian Charles Nirmalanathan drew the attention of the President to the fact that the Tamil people who settled in the Settikulam area in 1994 have still not been provided with land.The President instructed the Vavuniya District Secretary to intervene to resolve the land issue in Settikulam within 03 months and added that he would inquire about the matter from the Ministry of Justice as well as the Ministry of Lands.

At the meeting, attention was also drawn to the problems arising due to the acquisition of certain farmlands in the Mullaitivu district by the Department of Archaeology.Special attention was focused on the housing problem of the people in the Northern Province and the officials pointed out that the housing projects initiated to address the issue in the three districts have reached different stages of construction and an additional sum of Rs. 3000 million is required for its completion.

President Ranil Wickremesinghe pointed out that many housing projects have commenced across the island and he expected to provide quick solutions to the housing problem of the people in the North.Parliamentarian Selvam Adekkalanathan highlighted the plight and the needs of the people living in the vicinity of Vavuniya Lake and Thirikkulam Lake and drew the attention of the President at the meeting.The renovation of the tanks in the districts, solving the fertilizer problem, and streamlining the distribution activities also was the focal point at the meeting.

The President instructed the officials to take measures to provide the necessary solutions to the health sector-related problems and the shortage of doctors in the Northern Province paying special attention to them when the issues were raised during the meeting.

Parliamentarian Rishad Bathuideen explained various irregularities that the fishermen in the Mannar district have to face in the supply of kerosene oil and the President instructed the officials to initiate an urgent inquiry into the matter.