An individual has sustained injuries after his vehicle which was driving on the Matara- Kataragama main road veered off the road and fell into the sea in Wellamadama area this afternoon (Dec 18), Matara Police said.

The victim was identified as a 50-year-old and was immediately admitted to the Matara General Hospital for medical attention.

According to the Police, the accident had taken place as the vehicle which was commuting him from Devinuwara to Matara had veered off the road and fell into the sea.

However, the locals around the area had saved saved him as he was in the driver’s seat and brought him ashore. (NewsWire) 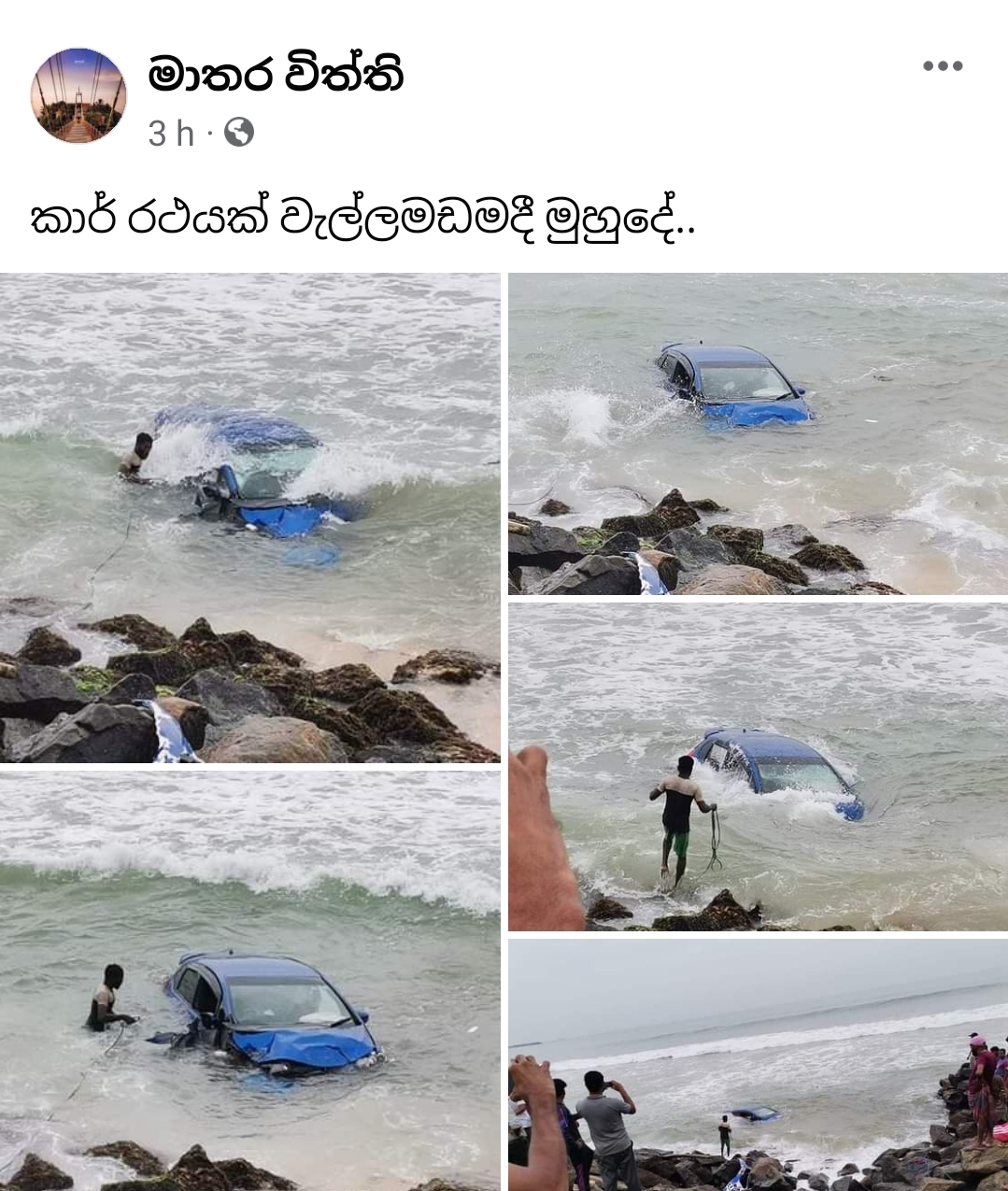