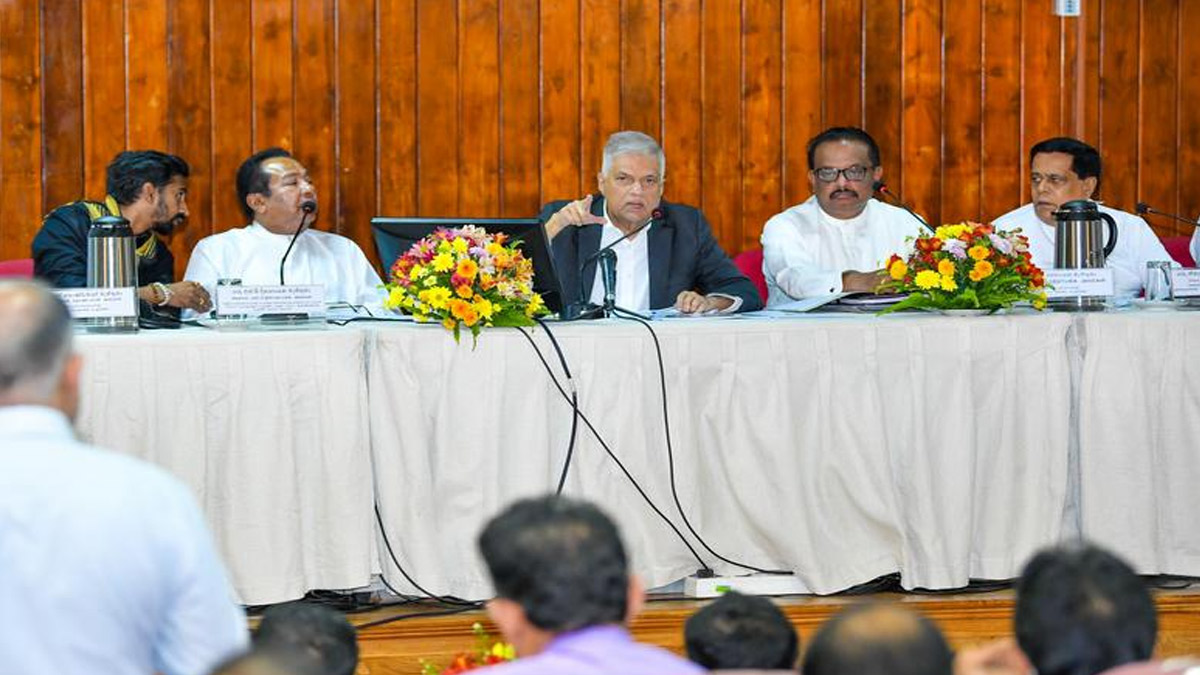 President Ranil Wickremesinghe emphasized that government officials should fulfil their responsibilities properly without engaging in tug-of-war when serving the people.

The President pointed out that about 50% of the people’s problems presented to him can be solved by government officials and it is not necessary for a President or a Minister to come from Colombo to solve those problems. He also said that government institutions should be committed to provide maximum public service in a well-coordinated manner.

The President instructed the officers to formulate a report jointly engaging all government agencies on the resolution of land problems in Nuwara Eliya district prior to February 04 and said that if such a report is not submitted, he will take necessary action in this regard.

The measures to be taken for the promotion of the tourism industry in the Nuwara Eliya District were also discussed at this meeting while the President also advised to commence a cable car project between Pattipola and Boralanda for tourists visiting the World’s-end.